San Juan Capestrano Hospital offers a comprehensive, leading treatment program for aggression in San Juan and other locations throughout Puerto Rico. We provide a full continuum of care including detox, inpatient, and outpatient services for adolescents, adults and seniors.

Generally speaking, when someone is using the term aggression, he or she is referring to a number of behaviors that can cause both physical and psychological harm to oneself and others, as well as damage to other objects in the environment. While many people only think of aggression as a physical act, aggression can include many different types of behaviors, including any verbal attacks that are meant to cause psychological harm. In many cases anger and aggression go hand-in-hand. However, when a person’s anger gets out of control, it becomes destructive and can cause him or her to respond in an aggressive manner. If these aggressive impulses are not properly managed they can permit the development of a number of negative consequences that will ultimately impact an individual’s life in the long-run.

Those who display aggressive behaviors have the many different treatment resources available to them that can teach them how to harness these aggressive impulses. With proper treatment, an individual can get the help he or she needs to more appropriately cope with his or her anger and aggression, allowing him or her to lead happier, more successful lives.

Causes and risk factors for aggression

The causes for aggressive behavior are extremely varied. However, recognizing as well as understanding these various causes is important for the treatment process. Some of the potential causes that can make someone more aggressive can include genetics, physiological disorders, medical conditions, environmental influences, and certain medications. Consider the following explanations:

Genetic: A great deal of research has been conducted to determine if aggression has any genetic origin. The conclusion of this research has led to the discovery of a gene that is believed to cause aggressive behaviors or verbal opposition in those who have it. It is in lieu of this finding that many experts now agree that aggression can, in fact, be genetic.

Psychological disorders: Mental health disorders are one of the main causes for aggressive behavior and, while any mental illness has the potential to lead to aggression, bipolar disorder, schizophrenia, attention-deficit/hyperactivity disorder, borderline personality disorder, and posttraumatic stress disorder are the most common underlying causes. Additional mental health conditions that include aggression as a symptom include:

Medical Conditions: In addition to mental health disorders, those who have certain medical conditions may also experience periods of aggression. For example, it is not uncommon for individuals with intellectual disabilities or for those with epilepsy to have spurts of aggression. Additionally, brain injuries can also bring about episodes of aggression.

Medications: Many times a side effect of certain medication can be aggression, which causes an individual who is normally well-mannered to act out in inappropriate ways. In instances where aggression is the result of a side effect of medication, the problem can usually be fixed by adjusting the dosage or switching to a different medication.

Environmental: The environment can also play a large role of the development of aggressive behaviors. For example, people who grow up being constantly exposed to family conflict or violence in the home are more likely to demonstrate aggressive behaviors because they have learned this behavior from their caregivers. Furthermore, being victimized by another person can cause someone to act out in aggressive ways.

Effects and consequences of aggressive behavior

When a person continuously displays aggressive behaviors, it will ultimately lead to a significant problems in his or her life. Furthermore, if treatment is not sought to resolve this destructive and hostile behavior, things will only get worse for the individual and certain consequences could end up affecting him or her for the rest of his or her life. The following effects are some that can occur if a person continues to display overtly aggressive behaviors:

When it comes to treatment for aggressive behavior, the overall focus is placed on controlling the behavior. However, the actual treatment process is going to differ depending on the cause for the aggression. The treatment process for someone who is exhibiting aggression begins with he or she completing a compressive assessment with a mental health professional. This assessment will help medical and mental health professionals identify the severity of the aggression and the causes for this behavior. After this, based on individual needs, a treatment plan will be developed in order to ensure that the patient is receiving the most effective care possible.

One of the most effective forms of treatment that can greatly help reduce the presence of aggressive behaviors and help individual’s lead healthier, happier, and more successful lives. Inpatient treatment provides an individual with a safe and secure environment, allowing him or her to step away from the stressors of everyday life, which may trigger aggressive behaviors, so that he or she can focus solely on recovery. Moreover, this type of treatment setting allows a patient to have 24 hour access to a number of different mental health professional for ongoing support and help for any specific treatment concerns that could arise. This type of continued support means that a patient’s treatment needs can be assessed on a regular basis and any necessary changes can be made to the treatment plan, ensuring continued success. Furthermore, inpatient treatment programs offer therapeutic treatment options that can teach coping skills as well as emotion and behavior management, while also addressing any medication needs. All of these services combined together can greatly help an individual stop displaying aggressive behaviors and learn to behave in more appropriate ways.

Our Programs
Start the Admissions Process 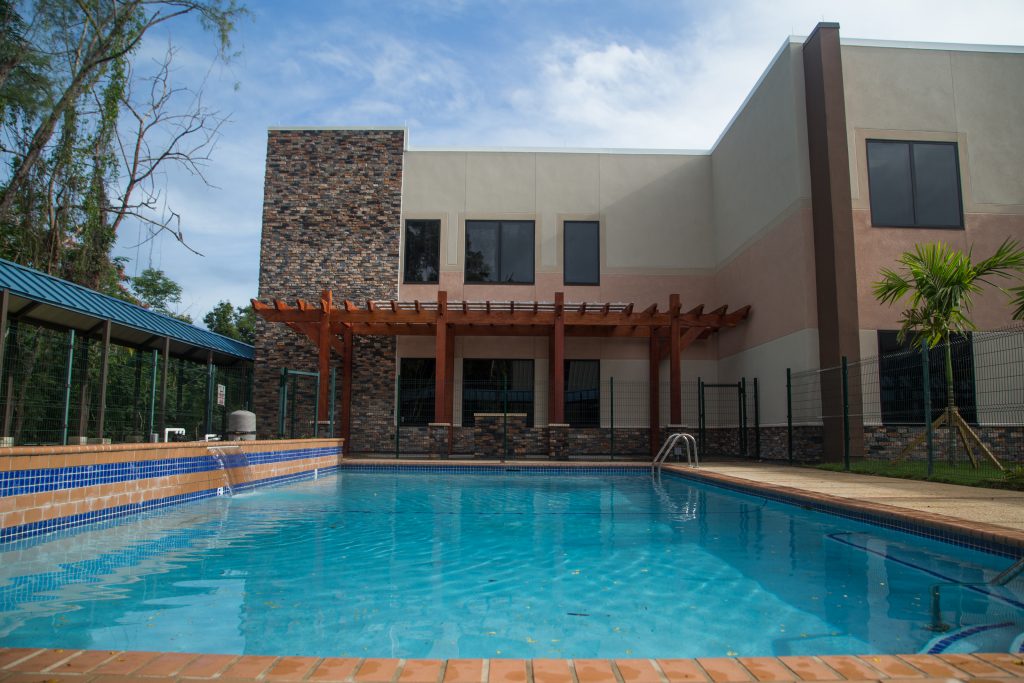